Saying Sorry to a Child 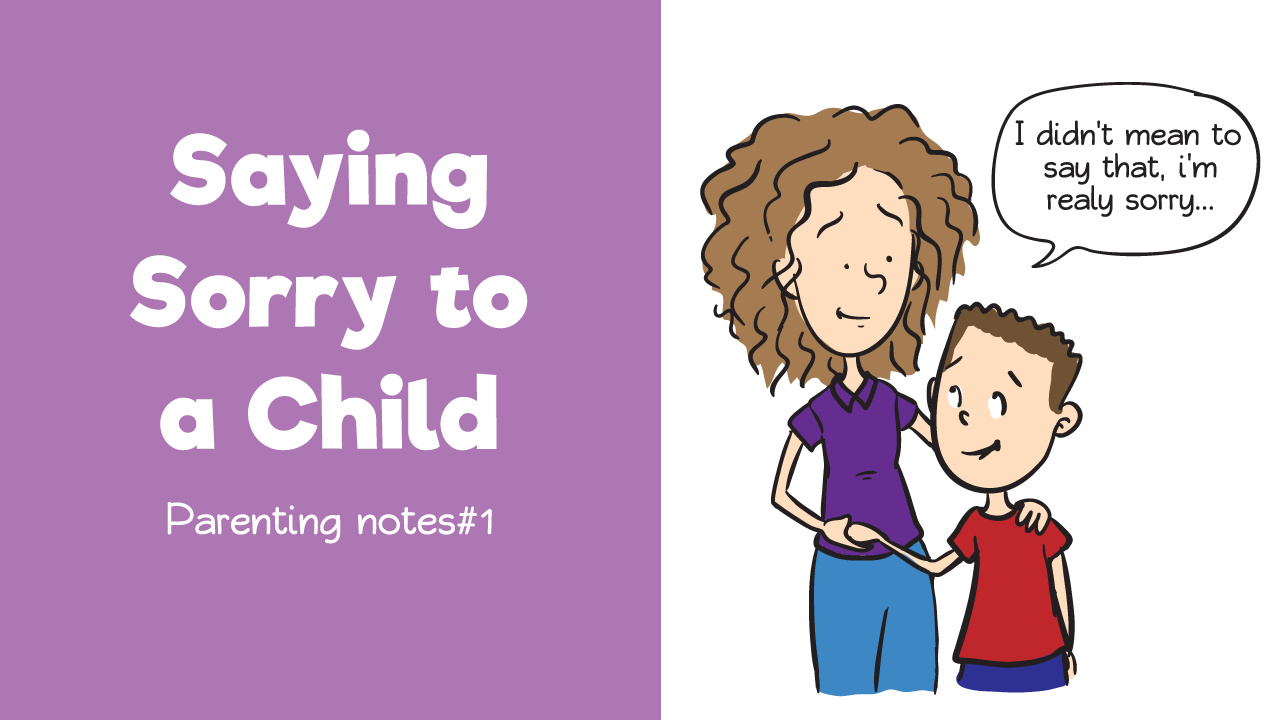 I think that one of the most important things we can do as parents is lead by example.

Obviously, this requires a lot from us. It means that if don’t want our kids on the computer all day, we need to be able to detach ourselves from the screen as well, and pay attention to the child asking a question for the millionth time.

It also means that if we want our children to apologize when they do something wrong, we should do the same.

The first place a child will see whether a parent apologized or not is at home. We’re all human and we make mistakes all the time. Sometimes those mistakes involve our children. Maybe we had a long day at work and started yelling at the kids even though there was no real justification for our anger. Maybe we thought she wasn’t ready for school and kept yelling at her to get ready while she was standing behind us in the kitchen all dressed and ready to go.

Apologizing… It’s the best way to teach our children sincerity and kindness.

It could be anything. The question is how do we react?

As parents, we sometimes get so used to being in control, that we practically forget that our children are human beings who deserve an apology. This is the moment to teach our child that swallowing your pride and apologizing is the right thing to do.

Instead of saying “oh, so you’re finally here” to the fully dressed daughter, or disregarding that nagging feeling that we were stressed and acted unfairly to our son while covering up our mistake, we can apologize and lead by example.

It doesn’t detract from our place as a parent. It doesn’t mean our child will have less respect for us, to the contrary! A child who sees his parent act in a way that is congruent with his teaching will have the utmost respect for his parent.

I think it’s worth it to try apologizing. It’s the best way to teach our children sincerity and kindness.

Have you ever had your child catch you on a major mistake? Share the shame with us 🙂