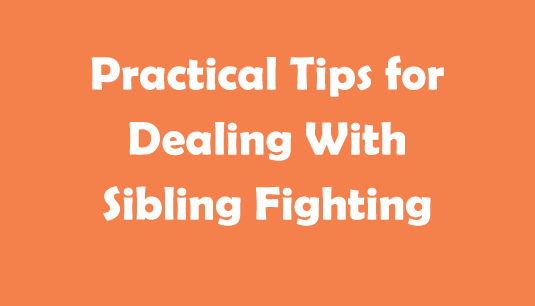 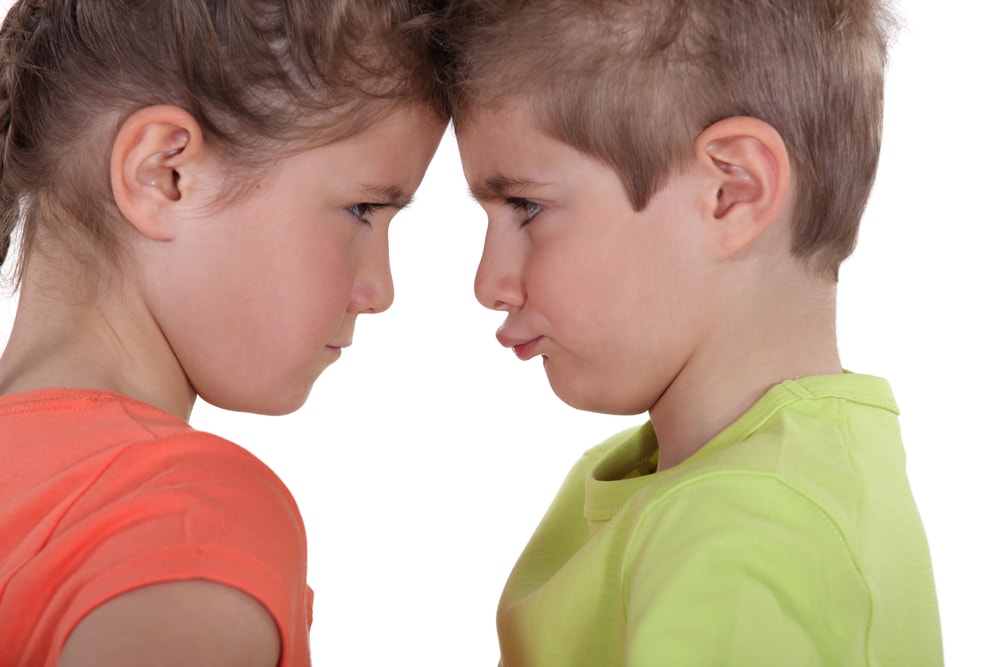 Parents have and will see their fair share of personality clashes between siblings, especially when using various tactics to get the parent’s attention.

Sibling fights are a normal part of growing up, it’s knowing how to handle them once they happen and how to minimize them that’s the tricky part.

Sibling rivalry is completely normal and is just how everyone figures out their place in the family and vents off some frustration. However, it’s not just physical, it’s emotional too and must be dealt with.

However, here we will be covering the physical side of the issue: what these fights look like and what to do when they happen, as well as how to identify key triggers and minimize and avoid them.

With sibling rivalry, many parents are worried that their children will end up being hurt, both emotionally and physically, have their self-esteem damaged or may pick up the negative behavior and become bullies with a lack empathy.

But, children actually learn quite a lot from fights with their siblings, like dealing with conflict and power struggles, managing issues and resolving any differences. They can learn how to be assertive and stand up, and most importantly, how to negotiate and make compromises which is essential for being a well-adjusted adult.

Although, even with all the positive sides of sibling rivalry, encouraging it is ill-advised, because if it is forced it could lead to many issues that your children might take into adulthood.

Only with proper handling of sibling rivalry will your children learn valuable lessons so here are some tried tactics that are used by many parents with great success.

Small daily squabbles are normal, and shouldn’t be discouraged, and as a parent you have to learn not to step in.

By allowing your children to work out the problem themselves, they will learn how to resolve issues and make compromises.

Minor bickering is normal, even name calling, but only mild. If your children are doing this, let them work it out, but pay attention to signs that the squabble might escalate into something more serious.

Learning that they both get punished and neither gets the reward will quickly make them want to compromise with each other and not get you involved in the negotiation.

When You Should Intervene 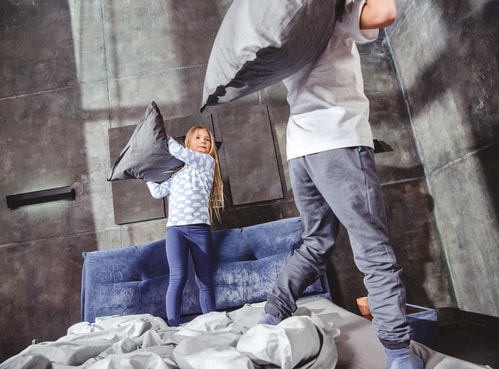 It can be hard to identify a fight, as most siblings squabble with each other regularly.

That being said, there are several cues that will help you with this. Here’s a pretty good guide of when you should, and when you shouldn’t intervene:

When resolving the issue, talk with your children.

Try to avoid siding with one over the other, even if there is a clear display of who is right or wrong, this can escalate the issue and instead you want to encourage understanding of each other so they come to these recollections on their own.

Give Time-outs When Necessary

If the fight was serious, you will have to think about the consequences that you will enforce.

One popular discipline method is a time-out. There are various tactics on how to give a time-out but do not send the sibling(s) back to their rooms, unless you have a sufficient way to monitor what they are doing.

A time-out spot should be convenient, always in your sight, so you can see what the child who is being disciplined is doing. Explain why they need a time out, for instance: “No hitting your brother/sister. Go to timeout.” Also, never wait. If one or all siblings have earned a place in a time-out spot, send them there immediately.

Make Sure Rules Stick: Enforce Them Each Time

Managing sibling rivalry can be a pain, but having an established set of family rules helps prevent many fights.

These rules communicate which behaviors are good, which are bad, and which ones have to be avoided at all costs.

An important thing here is to let your children take part in talking about the rules and their importance because they will understand them much more if they are part of the conversation, instead of just having the rules enforced without any explanation why.

When your kids stop treating each other with respect and start fighting, you can invoke these rules to stop the fight immediately. Repeat the rules when resolving the fight and issues to make sure they stick.

Children are super energetic, and this can lead to clashes with siblings as well. If there’s nowhere to blow off steam, they have to take it out on someone, and that can end up being a sibling.

Sports are a great way to deal with excess energy, and in addition to this, your children will learn quite a bit about discipline, respect, and self-control.

Martial arts classes are another great choice, as they have set routines (like the bow to the instructor) that help children develop and accept routines and rules of their own.

The way parents handle sibling rivalry plays a key role in eliminating stress and negative emotions between them.

By having a strong set of rules that you stick to, an established consequence routine, knowing the triggers and how to identify the fights, as well as helping your kids blow off some steam, you will help your children learn about routine, consequences, discipline, and self-control to avoid sibling fighting long-term.

Have any methods of removing the sting from a fight? Let us know in the comments!