How Much Family Time is Enough? 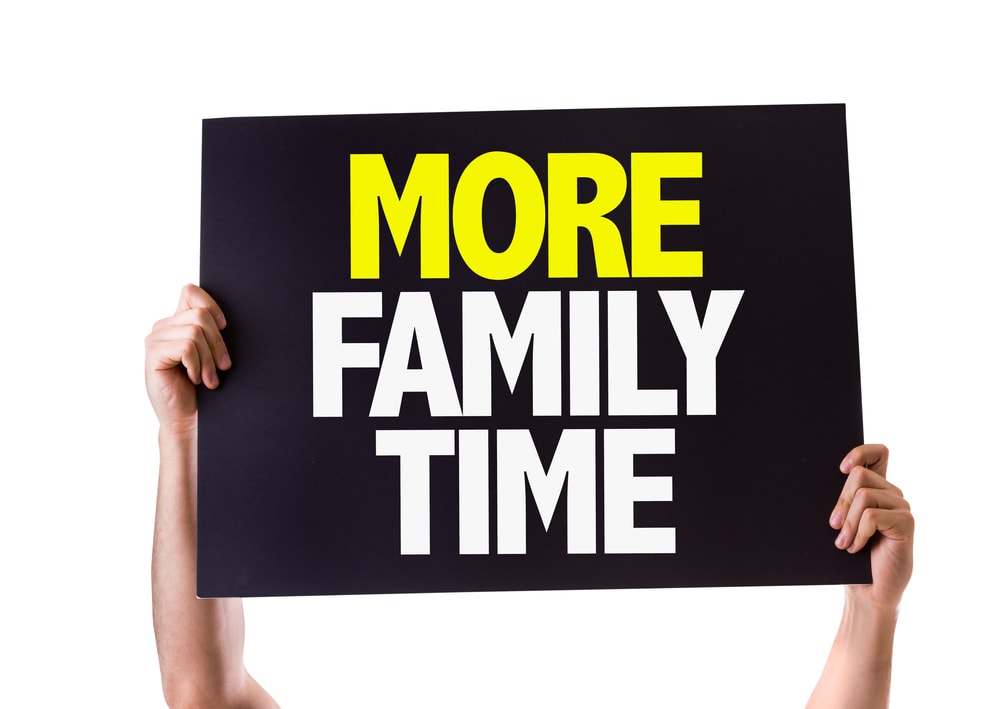 How much quality family time is enough?

This is a question I frequently ask myself as a first time mother.

It’s almost impossible to not feel guilty about dropping my son off at daycare each morning while I work over ten hours a day at a full time job.

I feel worse when stay at home moms ask how I can possible spend any time with my son when I’m at work for so many hours and exhausted on the weekends.

While it’s hard to ignore the critics, I know that quantity time with my son isn’t what matters the most; it’s quality time.

Research shows that I’m not alone in feeling like I don’t spend enough time with my child.  Mothers frequently feel like they can’t effectively work, run a household, and parent their children at the same time. That’s why it would be great to know if we’re doing at least the bear minimum.

So, how much is enough? Researchers have asked the question, and their answer?  They don’t know.  They haven’t found a special number that shows a miraculous change or benefit.  However, they do agree that quality time spent only engaging with your child is important for their development.

So, basically we need as much time as possible…

When you feel like it’s not enough, just remind yourself that you are doing the best you can

Despite our guilt, in America, a Time Use Survey from the Bureau of Labor Statistics shows that mothers spent about 1.2 hours a day taking care of their children, and fathers spent about 49 minutes a day with their kids from 2003-2006. This amount of time has slowly and steadily increased even though more and more households have two working parents.

In 2016, parents spent an average of 1.42 hours caring for and helping their children per day.  Parents with children under the age of six spent over twice as much time with their children than parents whose children were aged 6 to 17.  Reading to household children took up 0.07 hours per day for kids under 6 years old and 0.04 hours for children aged 6-12.  Playing with children was 0.60 hours a day for those under 6 and 0.09 for kids aged 6-12 (“Average hours per day”).

Other Western countries including Canada, the United Kingdom, Norway, Denmark, Germany, the Netherlands, Spain, Italy, and Slovenia have also increased the amount of time parents spend with their children, for both mothers and fathers, according to a study by the University of California, Irvine (“Today’s Parents”).

That’s pretty interesting. We all feel like in the past people had more time on their hands to spend with their children because life was slower, less digital and generally calmer. However, the facts show parents today are more aware of the need to spend time with kids and the positive effect it has on them.

Just remember that parents are spending more time with their children than ever before. So when you feel like it’s not enough, just remind yourself that you are doing the best you can.  Some days or weeks you will have more time to spend with your kids than others.  As long as it is quality time spent talking and laughing together, then your children will flourish, even if you can only spend a few hours a week giving them your undivided attention.

“Married Parents’ Use of Time Summary” Bureau of Labor Statistics, 2008,

Milkie, Melissa A, et al. “Does the amount of time mothers spend with children or adolescents

“Today’s parents spend more time with their kids than moms and dads did 50 years ago.” UCI